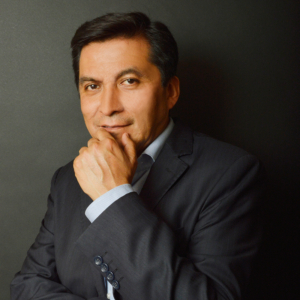 Felipe is Born in the state of Tlaxcala (México), at an early age show interest in music. He started taking private piano lessons in Apizaco learning Solfeo, Reading and writing music, besides performing in the piano, later his parents give him the opportunity to enter the Academia de Música de la Ciudad de Puebla, and takes the complete course of the Yamaha Electone Organ achieving his diploma. At the time his father shows his support bringing home his second organ, a Hammond K2, witch is how he become involved with that particular sound.

Finishing his High school, moves to México city to became a Surgeon MD ath the prestigious UNAM, and later earn his degree in the specialty of otorhinolaryngology, having finishing his studies, he returns to Tlaxcala to practice his specialty and retakes his musical interest and began his quest to acquire his dream instrument, a Hammond X 66, when eventually gets it, starts exploring the instrument and later with local musicians began performing for this family and social events.

Couple years ago, with the support of Paco de la Rosa, meets with the extraordinaire musician, author and arranger, Maestro Lorenzo Montaño, and together, began a professional recording project with the X66 and is made in Querétaro at the “Dublin 2-3-3” recording studio owned by Sergio Félix (From the Mexicando Duo), and the X66 recording at Paco de la Rosa studio, with the participation of pro musicians for the accompaniment of all the themes.

“Performance 2018” is the CDs title and it was presented at the Centro de las Artes de Tlaxcala with a live musicials performance with the support of the state´s government, then presents again this with an extended repertoire at the Xicohténcatl Theatre at the capital, also with a live orchestra, Mariachi with the direction of Maestro Lorenzo Montaño.